It was a sudden decision-let’s go to Hong Kong for the weekend. To do a bit of shopping, to get away from workload and to explore parts we have never been to before. It was the right decision.

I must admit, I’m not a huge fan of the city of Hong Kong. The streets are crowded, narrow and it can feel quite overwhelming and chaotic. I have only been there a few times though and I have never doubted that there must be more to a city, which is so legendary.

All my colleagues go to Hong Kong for shopping, to stock up on Western food and clothes from brands not available in China. Another reason is to enjoy the social life; being able to watch movies not shown in the mainland, filling up at Western restaurants and bars. But the main reason, I think, is that Hong Kong reminds them of home, of Europe.

Would you guess this was in Asia?

Vast majority of locals speak a good level of English, the signs are in English, the Hong Kongnese are (mainly) polite, helpful and most importantly, used to foreigners. In China you constantly feel like an outsider, like a real alien at times. Every time I’m out, and I mean EVERY.SINGLE.TIME. I am intensely stared at as if my face was something so mesmerising and so enchanting that one simply can’t take one’s eyes away from me (nothing to do with my actual looks, trust me). You don’t have to worry about that in HK. You automatically feel more comfortable.

We didn’t want this trip to be about shopping. There were a few things I needed to stock up on (sometimes you just can’t wait for the international delivery and some items cannot be purchased online at all) but not many and everything was easily and quickly purchased in Causeway Bay so we had lots of time to discover more of Hong Kong island. 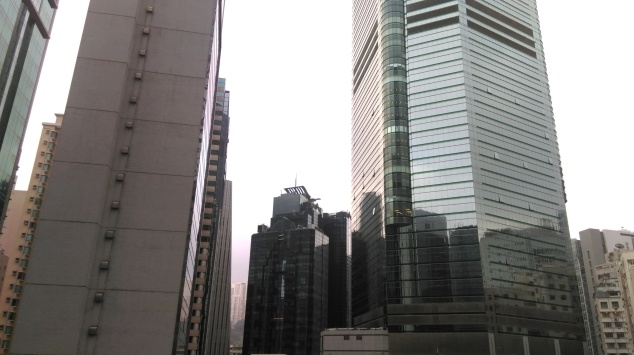 Causeway Bay-view from the terrace at Hysan Place

I’ve heard about how great the hiking, beaches and surrounding islands are so I was very excited to finally see them for myself. Our plan was to stay near the south coast of Hong Kong island, from where we could easily travel to Stanley area and then to The Peak. Unfortunately we didn’t have enough time to do a proper hike so this little taster had to do.

The contrast between old and new

I should mention that getting to Hong Kong from mainland China can be quite stressful and definitely time-consuming. We couldn’t get any tickets for the direct fast train (apparently you need to book at least two weeks in advance and ours was a last minute decision) and so we travelled to Shenzhen first, crossed an extremely crowded border (for the first time ever my OH went through FASTER than me!The foreigners queue has ALWAYS been much faster but now it seems the Hong Kongnese authority is cracking down and checking foreign citizens really thoroughly) and then we took the metro to Hung Hom station. It takes about 40min but is a pleasant ride. The same process on the way back went much smoother and quicker although it never fails to amaze me that my husband, a Chinese citizen traveling to a part of China, needs not only a special pass to be able to enter HK (only one/two entries per pass!) but also that he needs to sign up and pay for some sort of a fake tour to prove that he is traveling as part of a group! Why can’t he just travel as an individual is beyond my understanding but obviously there must be reasons for it. It is plainly clear that the border officers know exactly what’s happening and everyone chooses to ignore it so that, no doubt, someone somewhere can make money out of it. Ok, I’m sounding really cynical. Stop it.

Initially, we wished to visit The Peak in the evening as the view is supposed to be amazing. HOWEVER, the queue was enormous! There was no way that after a very late night (Christmas Party at work), early wake up call, not the easiest of journeys in and a couple of hours of shopping we were going to spend another hour (at least) waiting for Peak Tram, as legendary as it may be. We gave up and instead headed to our hotel.

That was a disaster.

I won’t go into details and if you want to know the name of this horrendous establishment, feel free to message me, but let’s just say we did not have a relaxing stay…

Keen to get out of the place, we got up early, grabbed some freshly-baked pineapple buns in the bakery down the road and got the local bus to Stanley.

Let me just mention one thing – HK buses are very convenient, air conditioned, very comfortable and pretty reliable. I highly recommend taking full advantage of them to explore the area. The metro is great but can only take you so far, buses ,on the other hand, traverse the less visited areas of the peninsula. After 30min of a beautiful ride along the coast, pass Repulse Bay – one of the hotspots for bold & beautiful Hong Kong youth, we reached Stanley.

Stanley is like a different world. It doesn’t feel like part of HK at all. It’s like a small village with a very international feel to it. As we got there just after 8am, the place was almost empty, which was perfect! The few locals that were about, were either jogging, walking their dogs or enjoying the water, being through fishing, swimming or windsurfing. Yes, windsurfing. The wind was not strong though that did not stop the fans of this exciting sport from enjoying the gentle waves. Everyone, who passed us by, said ‘Hello‘, which felt lovely! I haven’t heard someone say Hello to me FIRST for ages (I’m not counting the supermarket staff). 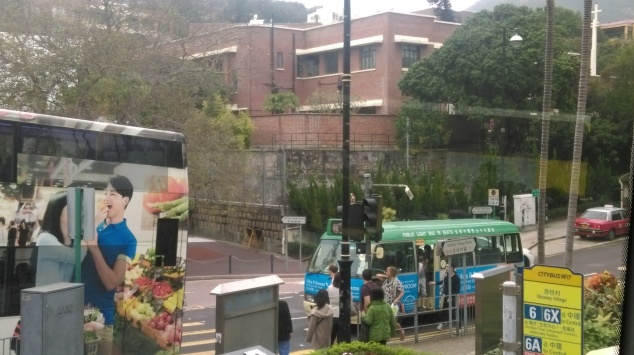 Naturally,this being me, I had to get my shoes soaked right through (testing the water!) and ended up walking in wet trainers for the rest of the day… We gathered some sea shells (how romantic, eh?), tried taking a few photos (I say tried as it was very misty that day) and headed towards the Stanley Promenade. Whilst walking up I had this bizarre feeling…the place felt like a UK coast town. On one side, you’ve got the sea, on the other Pizza Express, next to a bar, a fish&chips restaurant, another bar and more restaurants! It was surreal but really nice at the same time. I can easily imagine the promenade buzzing in the evening.No wonder so many expats choose to settle there. We eventually reached Murray House, one of the oldest colonial buildings in HK, and then stepped onto Blake Pier, from where you can take a ferry to different islands. 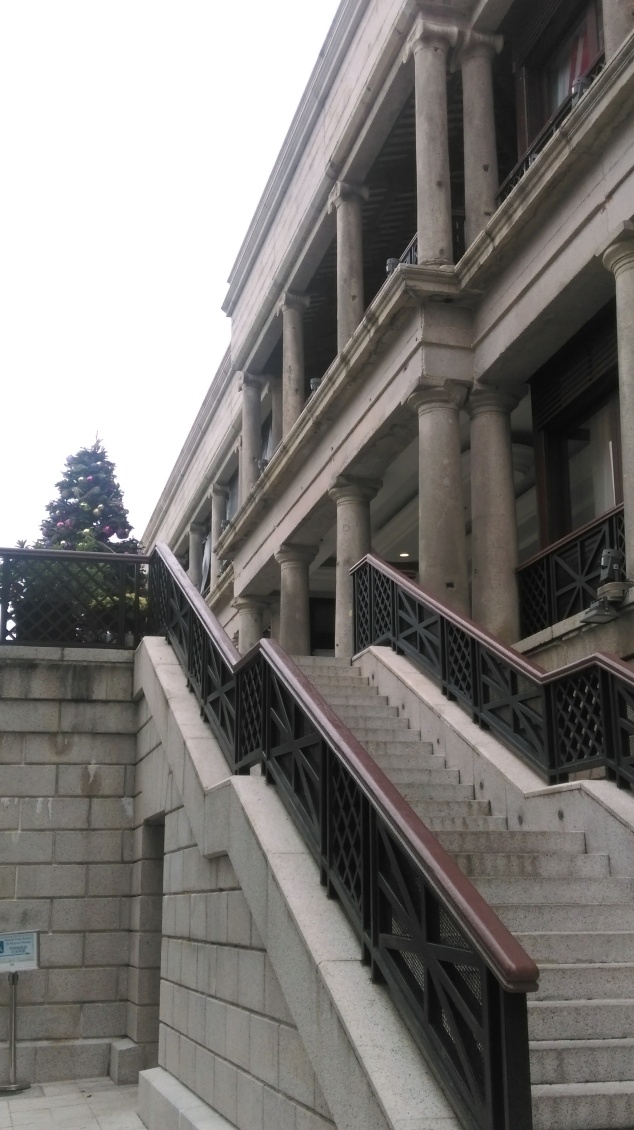 Now, while my husband was eager to get on with the rest of our trip, I was intrigued my a small mall right by Murray House. For those in Europe, it wouldn’t be anything special, perhaps apart from the American supermarket actually selling original American products (as opposed to being American only in name), but for me, who hasn’t got access to certain brands and certain types of shops, it was exciting. What can I say, I am a woman after all:)

Read about the rest of my weekend getaway in the next post:)