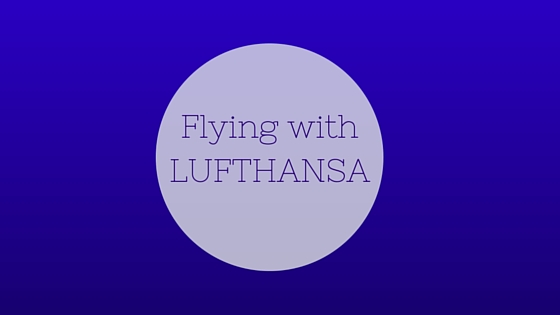 As some of you may know, I recently got married (yayy!). After a week in Hubei province, we were to leave China for whole 3 weeks to visit various countries in Europe (I’ll put a Honeymoon post up soon). It was important to me that we start our exciting journey ‘in style’, especially that my MIL and BIL were accompanying us. I had never flown with Lufthansa but decided to choose that company because I’d heard lots of positive comments about it…

First, let me give you a tip, which applies to all airlines-check your seats as soon as you get your boarding pass.

I didn’t and regretted it later. What happened is that during the online check-in I changed our seats so that during the long trip to Europe all of us (5) would sit close to each other. My MIL doesn’t speak English and BIL has a tendency to sleep through the entire flight so it was important that we are near in case help was needed. I also booked one vegetarian meal. All this was done the night before our departure. To my surprise, once we entered the aircraft we discovered that our seats had been changed and we were all seated separately! Needless to say, I was really peed off as that was exactly what I wanted to avoid and why I spent over 30min on Lufthansa’s website, making sure it wouldn’t happen! So much for the ‘free extras’ so advertised by the carrier.

The air hostesses were useless repeating that nothing could be done and offering no explanation. Only thanks to a kind passenger, who willingly swapped his seat with mine, was I able to sit next to my husband. Imagine starting your Honeymoon sitting separately?!How would you feel?

That’s not all. Later on it turned out that the vegetarian meal I ordered was never delivered! So my brother had to sit through a 10+ hour flight with nothing to eat apart from a bit of breakfast about 8 hours into the flight! Throughout the flight the stewardess working in my section of the plane (Economy) was arrogant, patronizing and even rude at times. I understand that Chinese passengers can be difficult to deal with-they often don’t obey the rules and argue, but to treat them they way she did was shameful.

As you can imagine, I was not happy with the start of our journey at all. Yes, the short flight that followed the long-hauled one went ok but it’s the 10+ hour one, which as a passenger, you care about the most. After all this, I was not looking forward to our journey back.

Imagine my surprise (and delight) when upon entering the boarding gate in Germany, we were informed that we’d been upgraded to BUSINESS CLASS! I would have never ever dreamt of traveling in any class other than Economy as we simply cannot afford it so it was an amazing gift to end our Honeymoon.

The journey was wonderful, super comfortable, with fully-reclinable seats, Champagne, tasty food and, most importantly, superb service (I attach a few photos below for you to see what comforts we were able to enjoy). However, I am certain that this extravagant upgrade was offered only as a   result of the complaint I made about our previous flying experience. In it I was specific and mentioned exactly what happened, no exaggeration. I am happy that Lufthansa took the complaint seriously and tried to compensate in such a generous way, a company of this caliber should look after its customer base after all, but at the same time, no matter what the company throws at us, nothing will make us forget the trouble we experienced earlier.

Keeping in mind all of the above, I would still consider taking a Lufthansa long-haul flight as a)I’ve heard many worse comments/opinions about other airlines (I will never fly long-haul with LOT again!), b) they do offer good, reasonably-priced connections between China and Europe and c) their short flights and main hubs are genuinely pleasant.

Would Lufthansa be my first choice? Probably not.

Brilliant idea-free tea and coffee for all at Munich airport 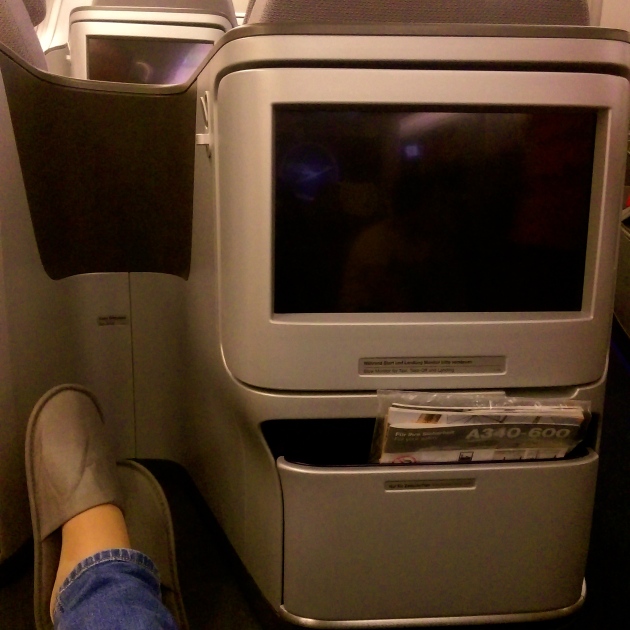 Good choice of beverages offered throughout the flight